Today’s offering is (surprise!) another poxwalker.  I’m doing this instead of the Dave’s Blood Bowl Dwarves, which I promised last time, because I want to squeeze another model in under the wire for Azazel’s February 2019 Neglected Models Painting Challenge.  This means I have a score of two completed zombies for this month.  By my somewhat lugubriously somnolent yet hopefully consistently turgid standards this is magnificent progress indeed! 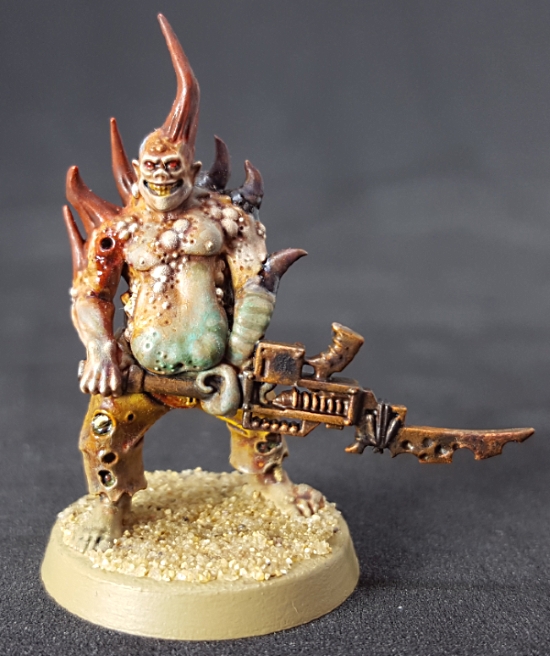 In the grim darkness of the far future there is only slow painting.

Little Number Thirteen is especially neglected in that I started it back when Dark Imperium first came out, ignored the poxwalkers in general for quite a long time, though I finished this one back in July 2018, ignored it for about seven months*, decided the model needed more work, put in about another hour or so on it last night and then pronounced it done done not just done unless I decide to drybrush the horns a little more, and then it finally might be done done, though I think I’m going to call it done done the way it is. 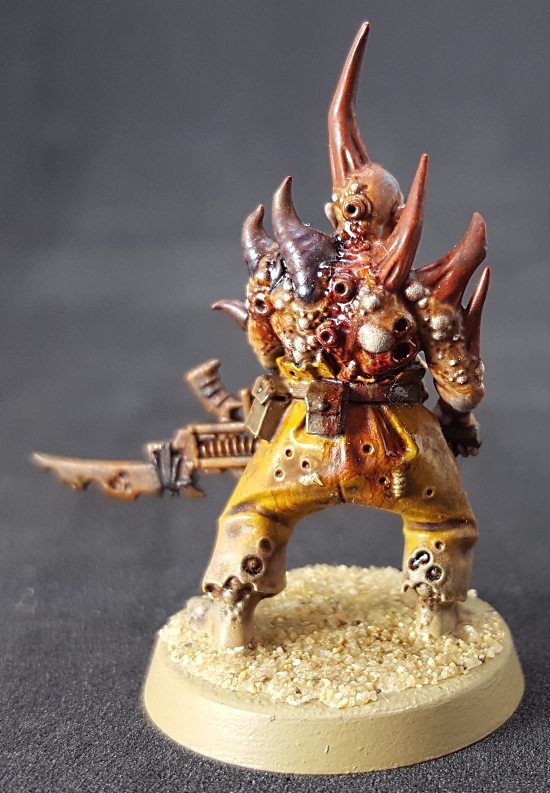 I might drybrush the horns a bit, but (meh) probably not.

Here is a roundup picture for the Neglected Model Challenge.  Two done in the same month!  How my fabulously fetid forces ferociously fester!** 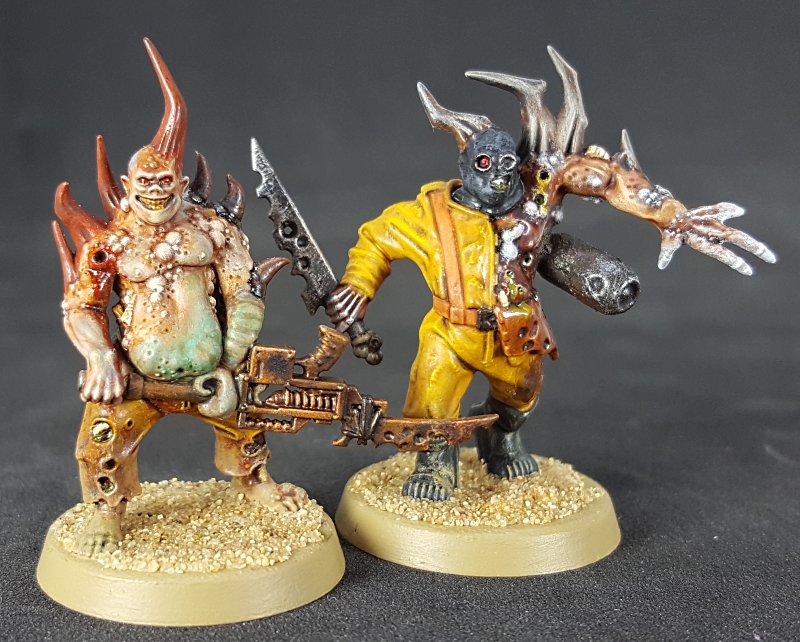 Neglected Model Challenge Roundup Pic:  I wonder if I can paint two more for March?

I also made a little progress on the Nurgle Blood Bowl team, getting some shade and even some paint onto one of the rotters.  Rotters are the basic linemen of a Nurgle team.  My plan is to paint their helmets and armor bright yellow, their clothes (or what passes for same) and their gloves orange, and their shoes brown or black.  I might even try my hand at some decals.

For next time (and I mean it this time since I won’t have any painting challenge deadlines to slither under) my plan is to present the much eagerly awaited Dave’s Blood Bowl Dwarves. 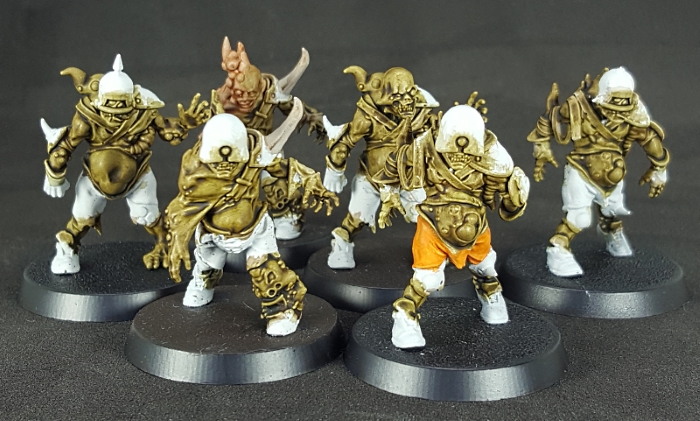 Yes, I probably will use my Nurgle football team in 40K/Kill Team as well. 🙂

* Additional Neglect Points are gained for Little Number Thirteen because it appears our new friend was a no-show for my July 2018 roundup of then completed zombies.  I thought it was in there somewhere but it appears not, unless it had gotten into some Tzeentchite Invisibility Juice again.

** Say that ten times in a row really fast!