I’ve made some progress on the four dwarves I’m working on for my first go at a painting challenge, that I’m calling March Might & Magic.*  If you are interested in joining in, check out the challenge here.  There is still plenty of time because the last day of the challenge isn’t until April 3rd, 2020. 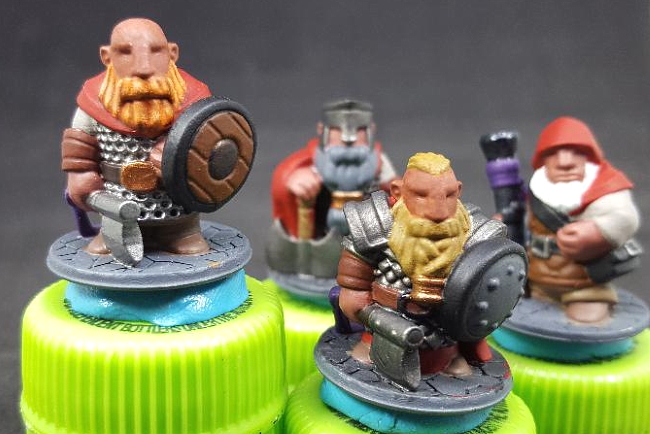 I worked on painting a little last night and made a bit more progress than what I’m showing in the picture above, which I took on Thursday.  I’m planning on finishing the two axe and shield guys and then the two in the background.

I also noticed that I still have a friend’s pig demon-looking thing kicking around.  I’ve been holding onto the miniature so long it has reached that unhallowed stage on my shelf where it has sort of blended in.  So I thought maybe it was time I worked on the thing and got it back to him.  I wonder if he even remembers I still have it?

Either way, best that I put the pig demon into my paint queue, though not the painting challenge.  I did a base coat of Khorne Red and then Mephiston Red over that on the skin.  Last night I based the hair with Ceramite White, which is not shown in the picture below that I took on March 5th. 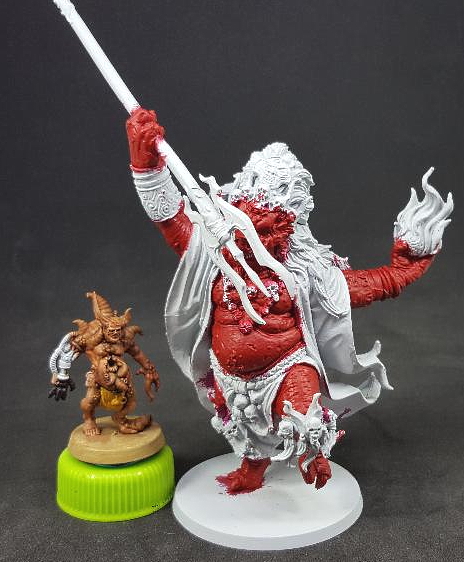 I’m going to paint the hair to look like flames, using some of the guidelines in the February 28, 2015 issue of White Dwarf entitled “Khorne’s Wrath.”  For the cloak and loincloth, I was thinking of doing them in Crisp White, following the video by Duncan Rhodes.  I was going to do the cloak and cloth in different colors, but I decided that maybe I’d save myself some trouble.

I include poxwalker #18 for scale.  I was thinking of adding it to the painting challenge, but I think I’m going to wait until the dwarves are nearly done before I do so.  It is, after all, inconceivable that I fail my own challenge so I’m going to curb my natural hubris and show some restraint.** 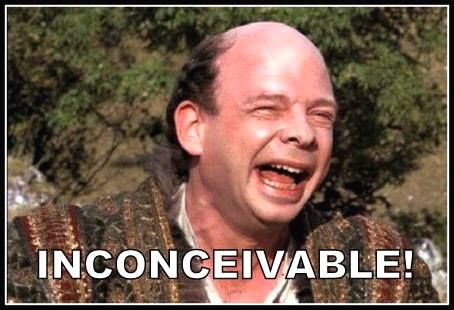 I hope to have at least one, maybe both, of the axe & shield dwarves done by next Friday and I’ll post them then.  I’ve also been experimenting with basing in something other than desert sand, using some of Vallejo’s texture products.  I’ll post more on that next week.

* When I came up with the name, I was thinking of the first volume, “Men and Magic” of the original Dungeons & Dragons set, though there is an old timey video game series of the same name, which I had forgotten about even though I played the first one.  Thank you to Faust for reminding me!

** This time Pride wins out over Vanity.