A student newspaper that is part of my “Enchanted Forest” D&D campaign.

Everyone knows about the giant statue and I’m sure many of us have taken a field trip and seen it.  I measured it myself a few years ago using certain calculations based on the length of shadows and estimated it at over 150 feet tall!  Here are five facts you may not know about the giant statue.

Raising the Dead: Did You Know?

Did you know that being raised from the dead is not as easy at it seems, and there are good reasons why it doesn’t happen very often?  First Priest F’Rhogar Goldleaf said that “The biggest hurdle in bringing someone back to life is the person must have a compelling reason to return.”  Normal things like loving one’s family, enjoying life, and so on aren’t enough.  Fulfilling a mighty oath or vow, an all-consuming revenge, and so on are the sorts of situations where a person might be a candidate for the magic.  Thus, “We try and speak with the dead first, cast the runes and perform other divinations to see if a deceased individual will be a good candidate for revivication.  In my sixty-seven years as a priest, I have only seen four successful resurrections and performed only one myself.  Our temple receives several hundred requests from within and without the Forest each year.”

Then there is the question of whether or not the Great Dragon will approve the priest’s request.  This is a simple matter because if the answer is no, the spell request will not be granted.  Fortunately our god seldom denies the request.

Finally, many people believe that if you cut off someone’s head or burn their body, then that person cannot be raised from the dead.  First Priest Goldleaf says that this is not true but declined to go into specifics.  He also denied the efficacity of certain methods we won’t go into detail about here for fear of shocking some younger readers.  He pointed out that these apply more to vampires but even then the remedies are not “universally effective.”

The First Priest ended the interview with, “Those who think that magic or magical beings follow universal laws or procedures are mistaken.  The belief that it is possible to penetrate to the Why and How of things is dangerous thinking, and has caused much suffering throughout the ages.  We’d do better to content ourselves with What, Where, and When and leave Why and How to the gods.” 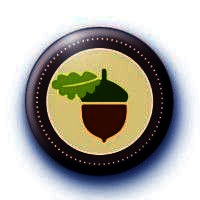