So I bought the Nurgle-themed Blood Bowl team not too long ago and finished putting them together.  I started in on the priming, as much as the wet and humid winter weather of Santa Cruz allows. 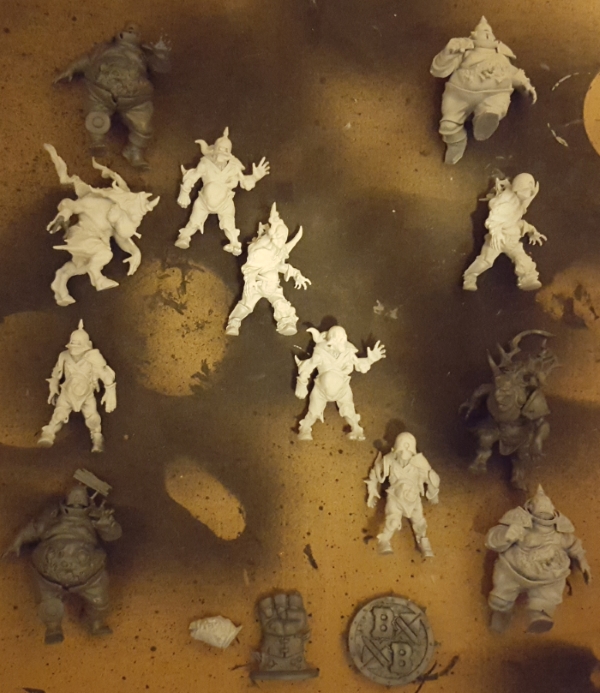 N is for Nurgle!

The fat guys are called Bloaters.  Their thing is being strong and so disgusting that people sometimes hesitate in attacking them, and their mere presence can mess with opponent’s throwing and so on.  When I was assembling them, I neglected to read the directions to my peril.  Apparently you are supposed to glue one of the arms to a torso piece and then glue the two torso pieces together.

Instead, I glued the torso together and found I couldn’t wedge the arm in.  I was able to get the arm cemented in place, with a little surgery, but this left an unsatisfactory gap.  So I’m going to have to green stuff some sort of flab/tentacle/whatever to hide the error, which I haven’t done as of typing this. 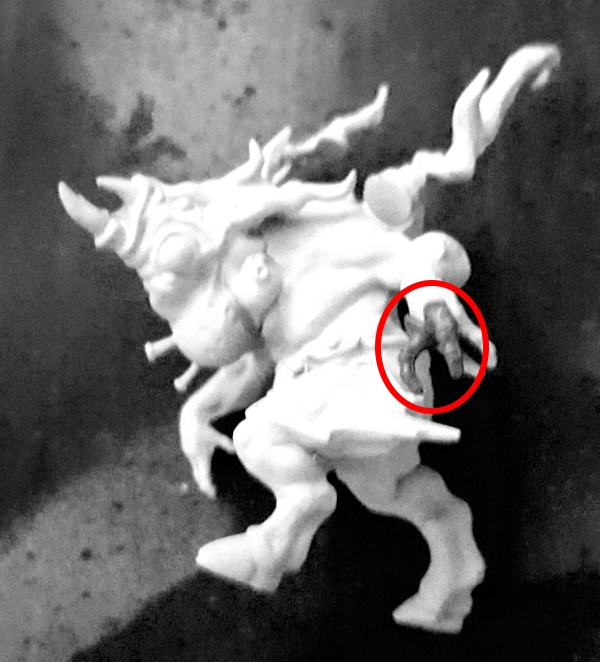 Mystery solved on the finger/horn thingies.

The above player is called a Pestigor.  Their thing is they move a bit faster than the rest of the team and have horns, which it can use when to blitzes/charges an opponent.  Hence the name, I’m guessing.  A pestiferous monstrosity that gores people.

I did read the directions on this guy and it never showed the two finger piece in the directions, which I super glued on after I primed it.  I looked at it on the sprue, clipped it off and thought maybe it was some weird extra that I could randomly glue on to something as nobby growths or whatever.  But then again it had a number (#34) so maybe it had to go with something.  After fiddling around for awhile I saw that it fit onto the pestigor’s hand like a glove, so to speak, and the mystery was solved.  Fortunate too, because I almost tried gluing one onto my aforementioned bloater’s embarrassing armpit gap. 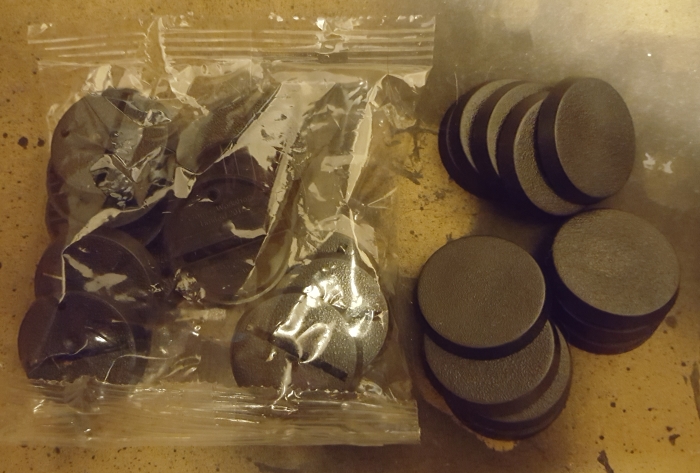 Be nice if they supplied the correct bases. 🙂

Finally, the box came with a pack of 32mm slotted bases.  I could have filled in the slots with green stuff, but this was too much work so I dug out some regular bases that I have and decided to use those.

I was thinking too of doing something a little different than my glue-some-sand-onto-the-base-paint-the-ring-desert-tan-and-call-it-a-day technique and use Duncan’s Blood Bowl basing for these guys.  It has the virtue of being pretty simple-looking and as I said, different than what I’ve been doing.

Also, I’m going to work on getting at least one miniature done for Azazel’s Neglected Model Challenge for February 2019.  Hope everyone has a good February.