I recently added another poxwalker to my painted forces.  This one is the ninth I’ve posted pictures of so far, but as it turns out my latest offering is my tenth painted one.  Seems I forgot to take pictures of the companion to the poxwalker in the baggy pants holding its rifle backwards I completed awhile ago.

Once I retrieve the elusive tenth walker from its home in the game store display case, I’ll post a picture of it and a group shot of the unit. 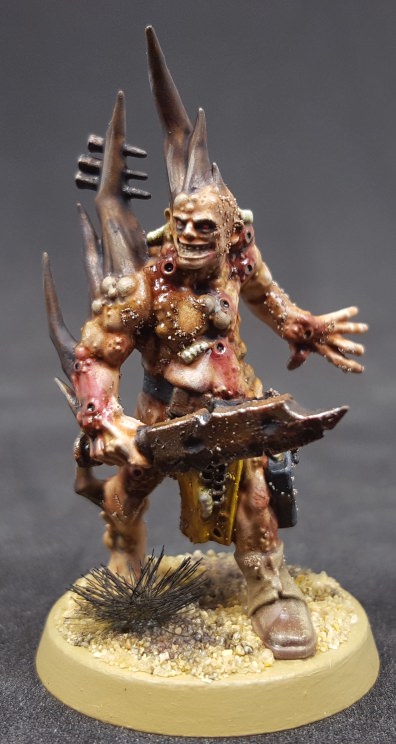 I’ve got that song Beach Blanket Bingo running through my head now.

This time I wanted to try something a little different, so I went for a look that sort of evokes the idea of someone who has some sand clinging to them because they are/were a zombie at the beach.  You know, you’ve been swimming and then played some volleyball.  Finally you grab a girl drink and chill under the umbrella and you’ve got sand in all the most embarrassing places?  Well, that happens to poxwalkers too.

I used AK brand Corrosion Texture for the effect.  I like how it came out, and not surprisingly it isn’t quite as pronounced as the pictures make it appear. 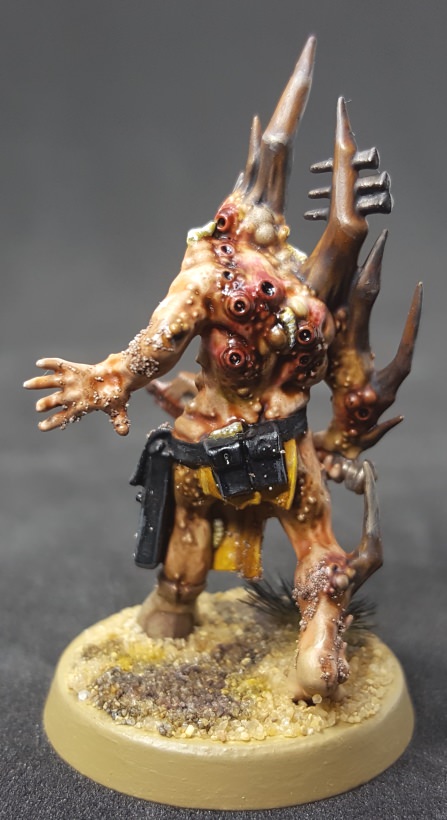 Just Baal Red.  No Blood for the Blood God! this time.

This month I hope to make more progress on my poxwalker unit for Azazel’s Junit Challenge.  The idea is to complete a group of at least three thematically unified figures for the month of June.

At minimum, going with his guidelines, I’ll declare success if I can complete at least two more walkers for June, which would bring the mob to twelve.  In the unlikely event I finish all twenty, I’ll declare it a major Nurgle Victory.  Cake, tentacles, and afflictions all around!