This is a closer look at the lucky and honored standard bearer from the mob of twenty plaguebearers I recently completed.+  At this point I should probably issue a Nurgle Warning:  there are one or two icky pictures if you continuing scrolling down.  Gifts of our generous Grandfather are not for the overly faint of hear- … er, stomach! 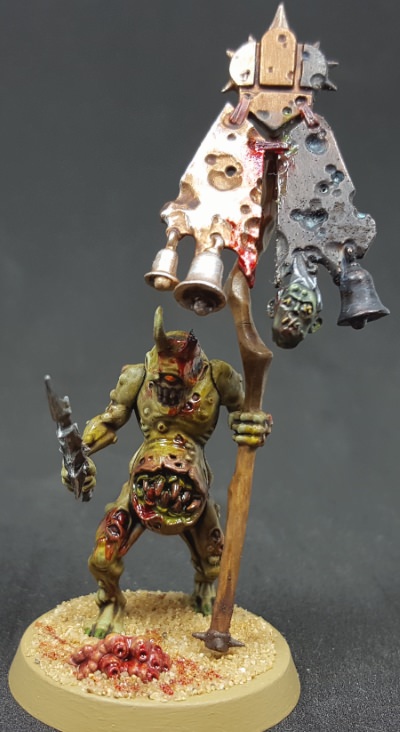 I tried to do a whole Cycle of Existence thing with the banner, where you have birth and life transitioning to various stages of decay and finally death what with Nurgle not just being exclusively all about the aforementioned death and decay as many (or at least some) of the uninitiated believe. 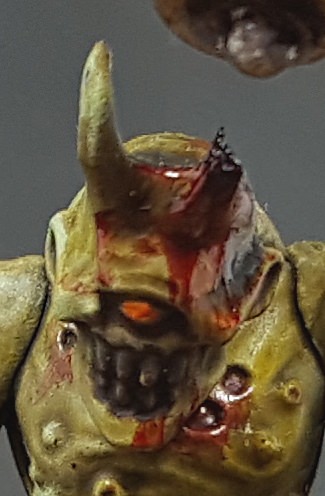 I put this model together and after the glue dried I noticed that one of its horns was pressed up against the bell in an awkward way.  I tried filing it down a little and didn’t like the results.  So I cut about halfway through the offending horn with some cutters and then tore it off.  I was going for a jagged break rather than the clean slice of the elegant Slaanesh Xacto knife. 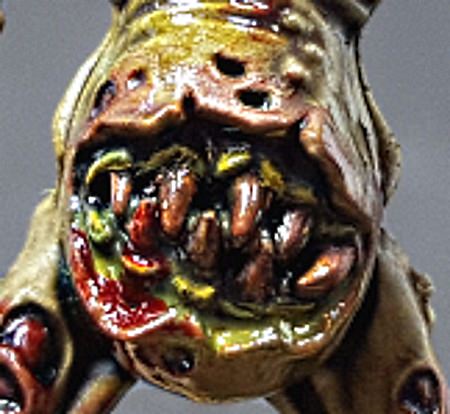 Gives new meaning to talking out the side of your mouth.

I originally tried an experiment where I painted his belly teeth black.  It seemed good in my mind but I don’t think it worked out well at all on the model.  So I redid the teeth in a lighter color and then used some rust washes, with a final bit of blood and Nurgle’s rot.  The mouth doesn’t really stand out on the model at a distance, but I don’t want it to.  I like how it looks close up though.  The focal point of this guy should be the banner.  With that in mind I kept the plague sword kind of basic too. 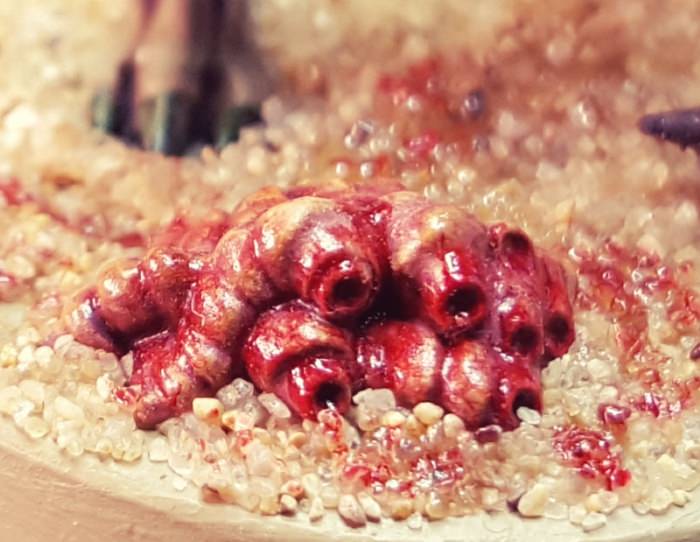 I’m really quite pleased with how the pile of worms on the base turned out.  So much so that I ended up putting a bunch of them on my Great Unclean One’s base when I put her together.  When you collect Nurgle, you are never at a shortage for nurglings nor little piles of intestinal parasites, though with the size of these beauties I’m thinking someone’s intestines had a little transformation and decided to go on crawl-about. 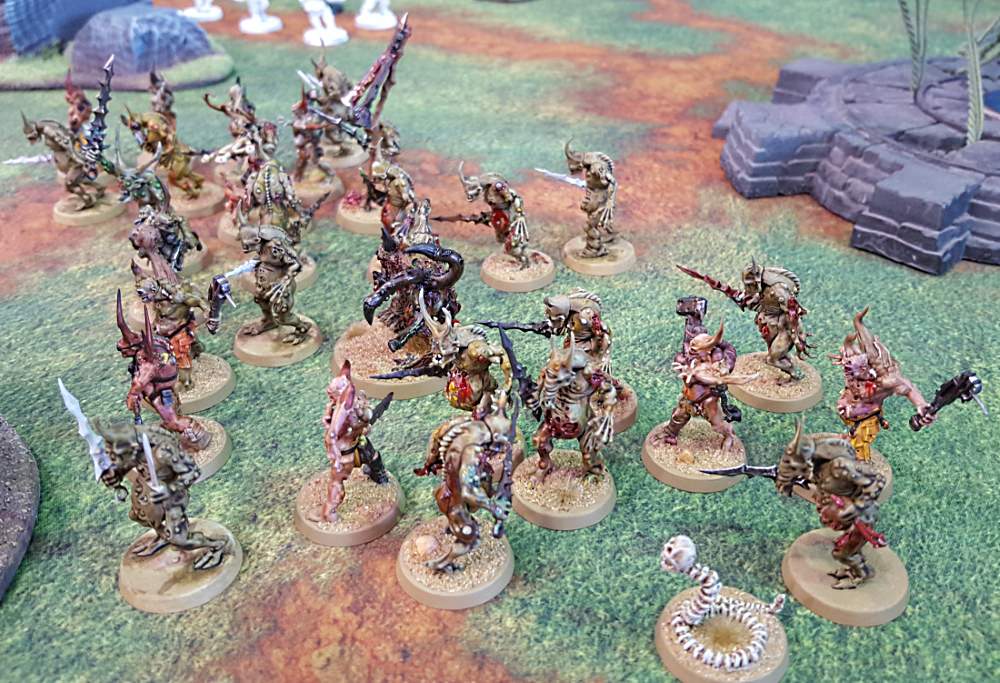 A somewhat confused but ultimately effective advance vs. an IG gun line.

So next time I’m hoping to put up a couple of pictures of a pink horror I painted as the first of a squad of ten to go with the brimstone and blue horrors I finished some time ago, who are now veterans of many a desperate battle.  I’m also working on another cultist as well, and the last odd plaguebearer that will finish off the ones from my Start Collecting box.

+  Twenty-two if you count the metal skeleton snake undead bit box thingie and the ancient Sebelex the Devourer!

20 thoughts on “Plaguebearer With Banner”