I stumbled across Azazel’s Painting Decemb-uary Challenge he set for himself, and since he invited others to jump on the bandwagon I thought I would.  Not a bad thing either because my shamefully unpainted foetid bloat drone has been seeing a lot of action on the gaming tables these days.

Azazel’s challenge is pretty open-ended:  “nothing smaller than an AoS hero or ogre-sized model” and no terrain.  Also, the end date is January 31st, so lots of time for anyone reading this who might be inclined to join the fun.

I’m posting an early work-in-progress picture to document my entry into the challenge. 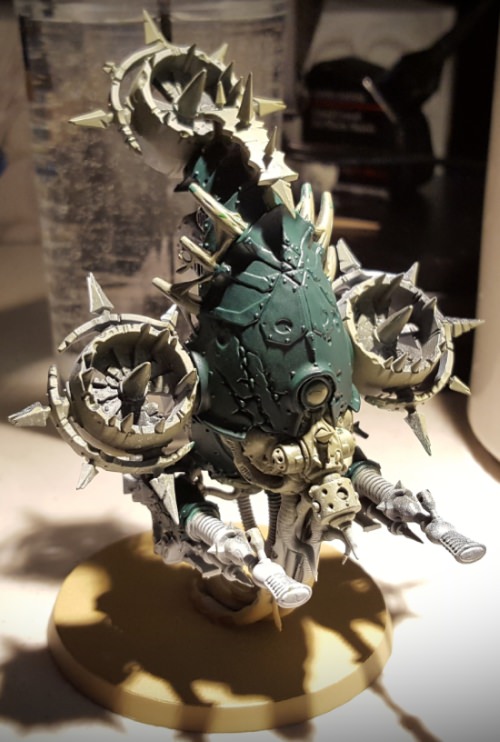 Progress on Becky the Bloater as of Boxing Day 2017.

I originally spray primed my bloater black, but then changed my mind and reprimed it white.  Then I sprayed some Death Guard Green onto the frontal armor and general environs, though as it turns out I didn’t really need to do that.

From there I base coated the inverted lobster tail armor and requisite parts on the plaguespitters in Caliban Green.  Speaking of the plaguespitters, my original thought was to try and drill an ellipse in the end of each barrel.  After mulling things over I think I’m going to instead paint them to look more like organic orifices that can open and close to spray anything that gets too close.

I hope everyone had a nice holiday and has a good time ringing out 2017 and welcoming in 2018.  My how the time flies!

p.s. Bonus challenge points if I can get my (appropriately) grubby hands on a myphitic blight-hauler in time to put it together and some decent weather to prime it.

p.p.s. Super bonus challenge points for any Plague Drones I can finish before the deadline as well.

p.p.p.s. I was going to say something about my long-suffering and multi-primed heldrake, but the less said about him, probably, the better.

Charles Gao, the mighty Chaos Lord of Ancynt Battles fame was kind enough to share some of his recent work with me: his mob of 20 poxwalkers.  I quite liked them so I thought I’d post them here. 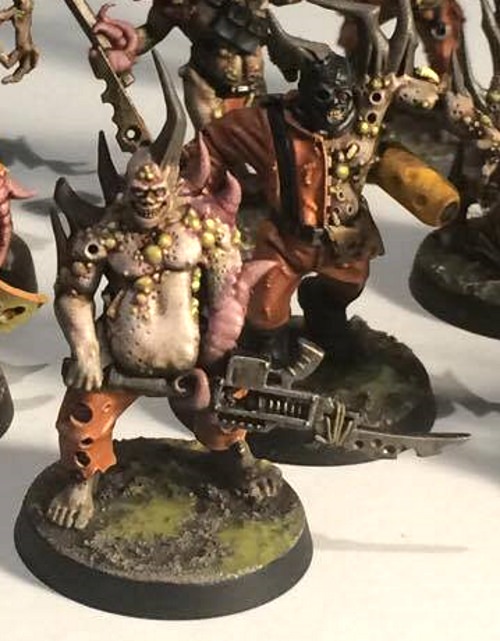 Glad to see this worthy knows which way to hold an autogun! 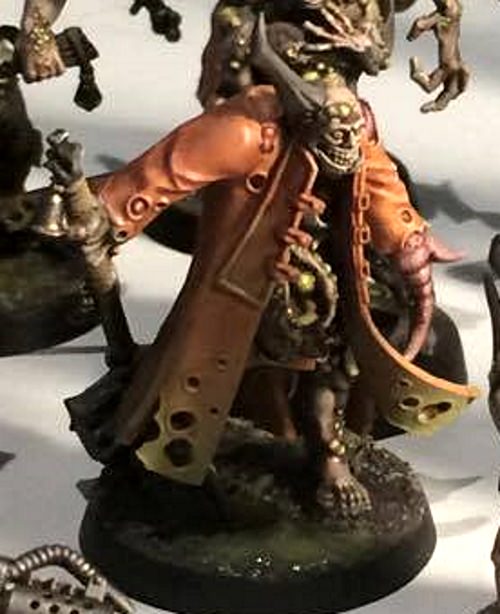 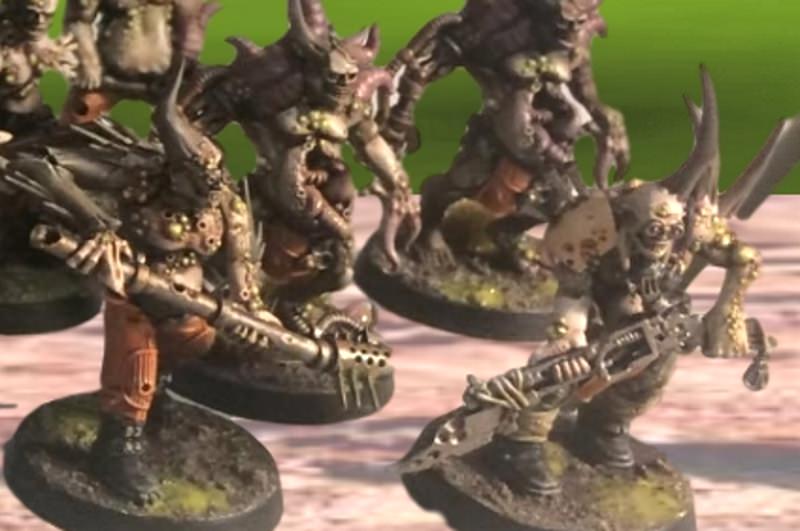 I liked how the rotting bone-colored shoulder guard turned out.

Mob of twenty ready for bubblewrap and tarpit duties!

In the meantime, I’ve been chipping away at updating some of my blog pictures that were broken when Photobucket went to a pay-to-share-your-stuff model.  My plan is to finish with that before the end of 2017.

Also, I am pretty close to wrapping up my mob of ten plaguebearers.  My next post will be some pictures of the champion. I’m currently putting the finishing touches on the musician and the banner bearer and then I’ll make sure I didn’t miss giving any of my new rank-and-file guys their brief moment in the sun, and wrap it up with a group shot. 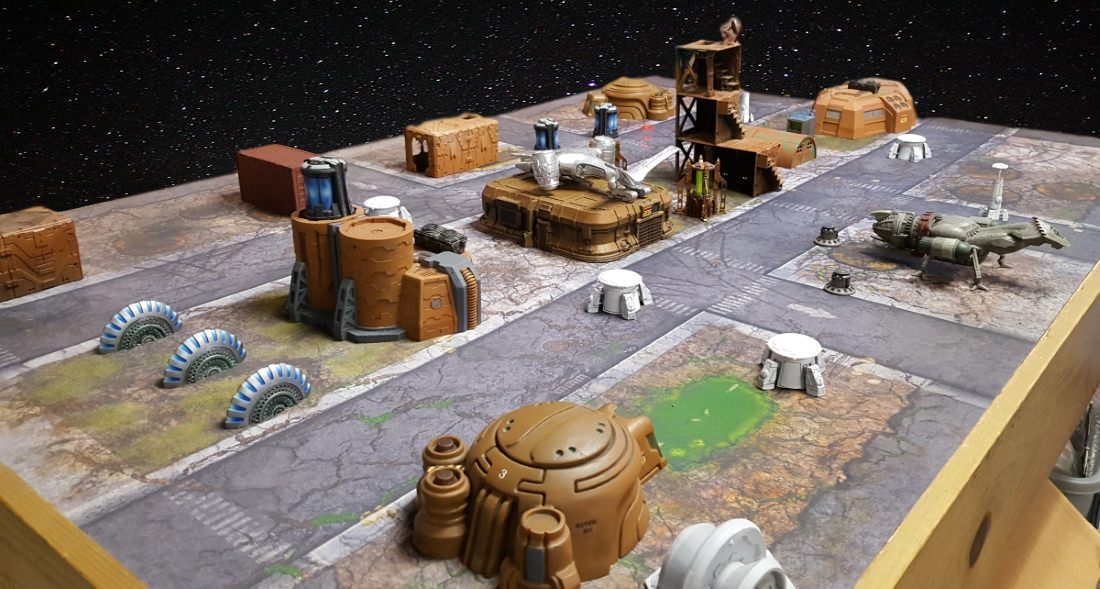 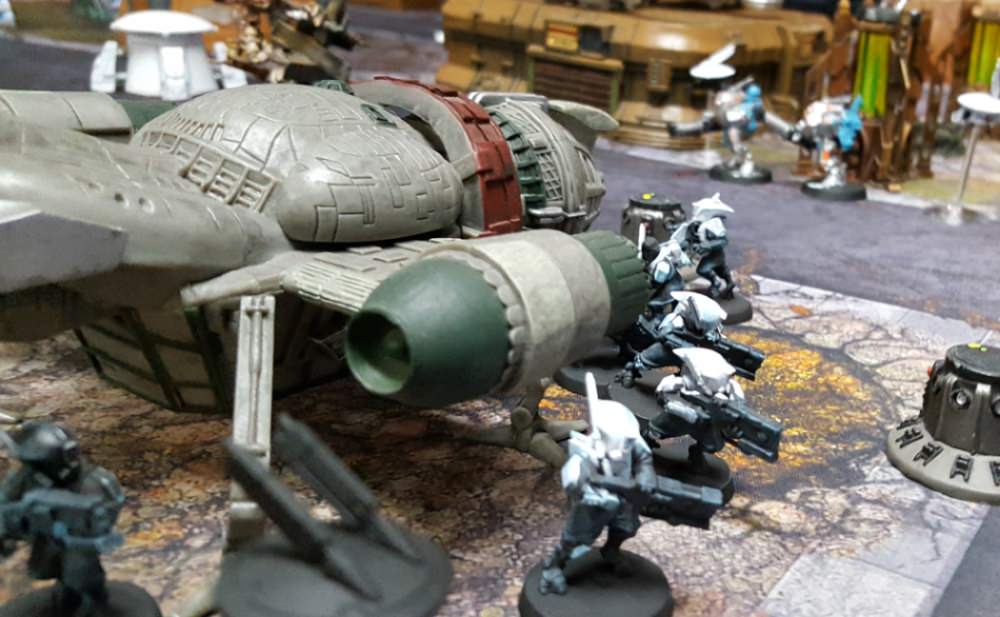 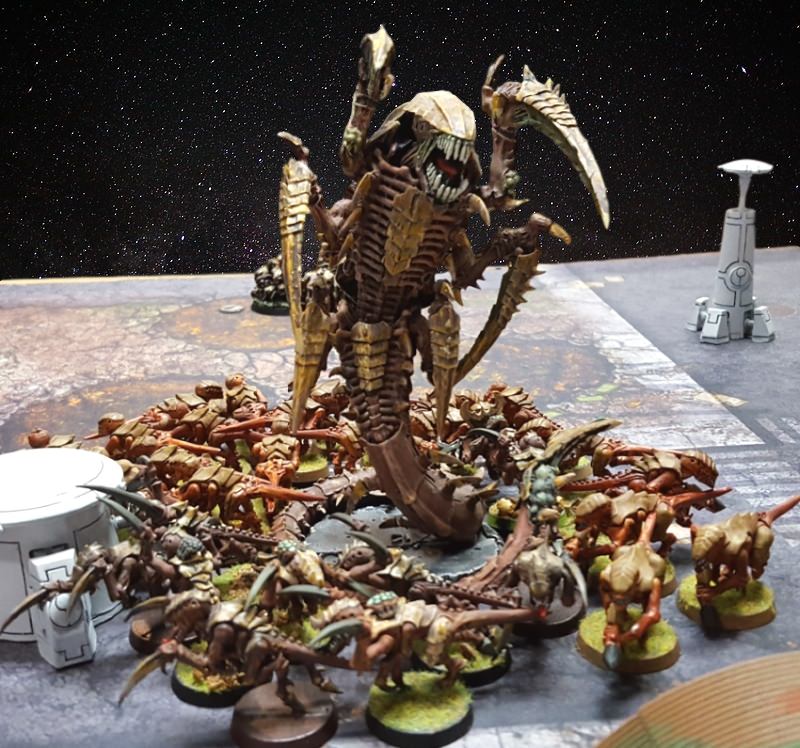