I recently finished poxwalkers seven through nine of the regulation twenty.  I broke with the tradition of working on identical pairs and included the guy in the center, who doesn’t seem to know which end of a rifle to point at the enemy.  Let’s hope he did better in life than in unlife.  I imagine not or he wouldn’t be in this present fine fix! * 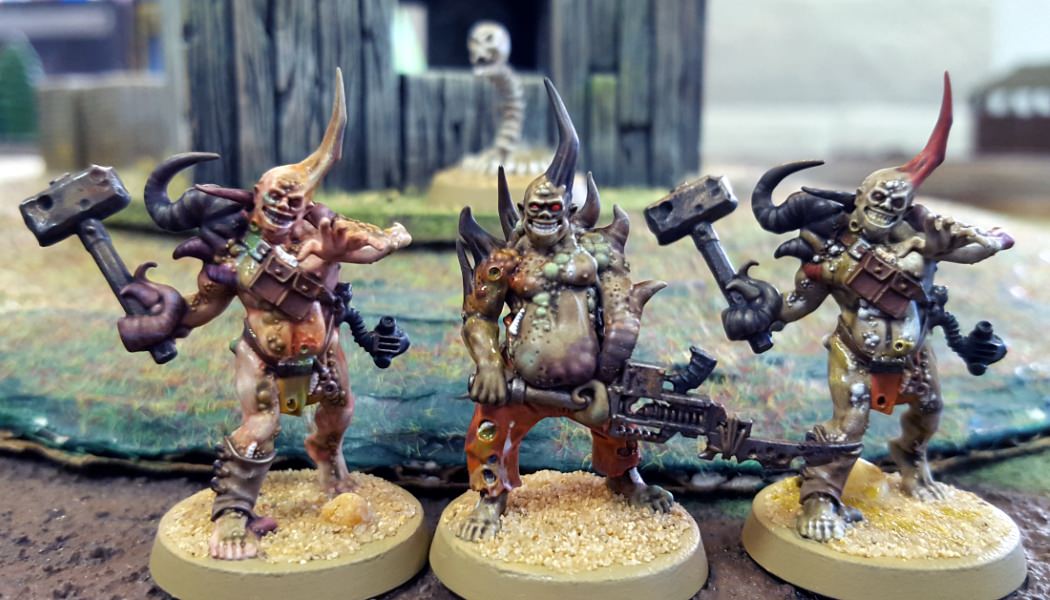 I am continuing with the idea of doing ten green ones wearing orange and ten red ones wearing yellow.  The somewhat turquoise bits are a mixture of Nurgle’s Rot and Nihilakh Oxide.  The white is the ubiquitous Nurgle’s Rot watered down with Skull White to a curdled milk texture.  Otherwise more of what I’ve been doing with slight experiments and variations far too cunning and subtle for my cell phone camera or my CPC photography skills.  Fortunately the Ruinous Powers know all and see all! ** 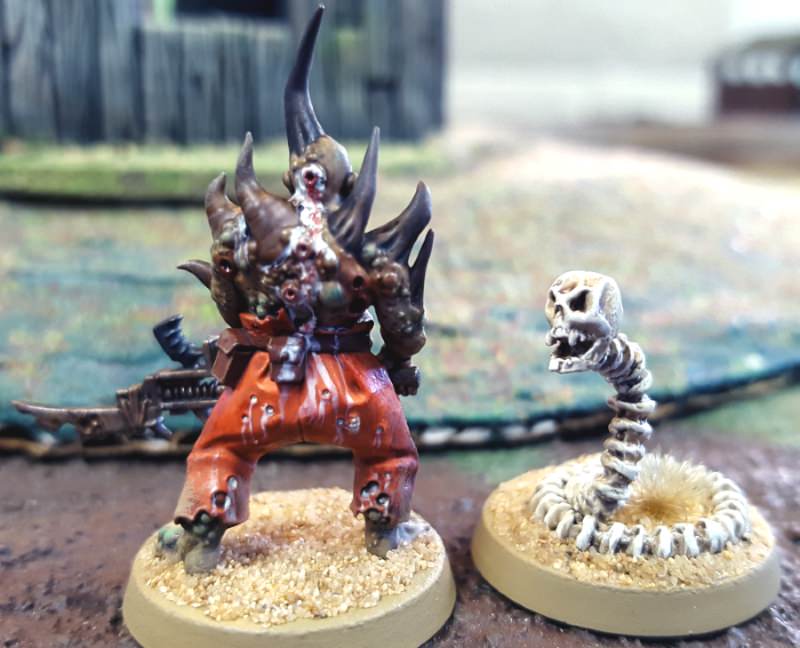 The poxwalkers’ smile is contagious; even the skeletal snake thingie looks happy.

I found the skeletal miniature in a game store bits box. It had never been painted, but looked pretty old and I thought it was neat so I decided it was a worthy addition to my forces, daemonic and otherwise.  I did a little poking around online and couldn’t find my skeletal worthy anywhere.  If anyone knows anything about the production details, I’d appreciate any information you can kindly provide. 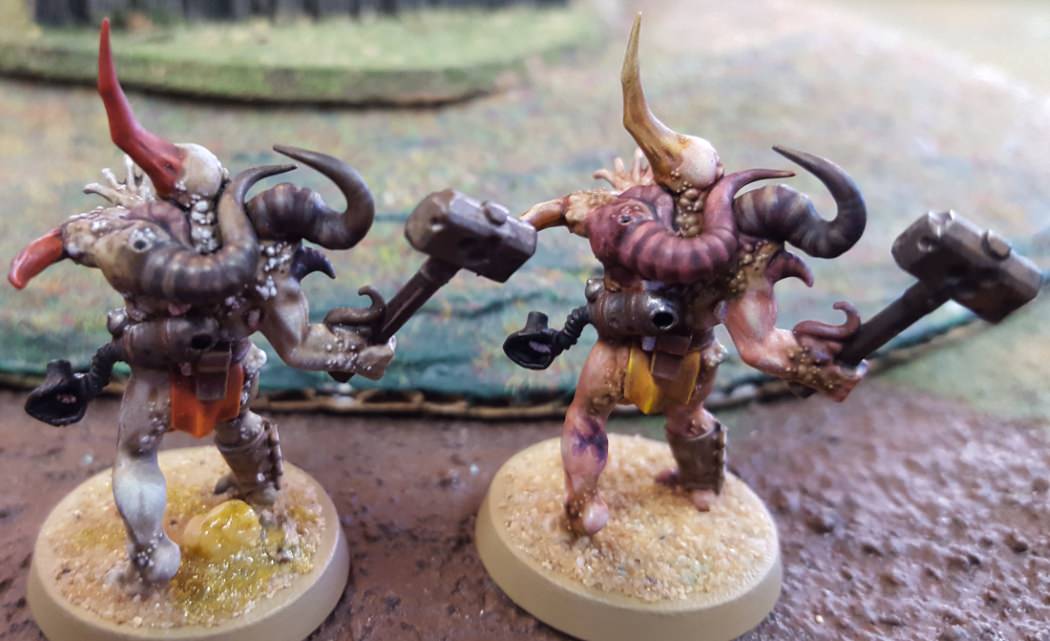 The tentacles evoke an earthworm vibe for me.  Yummy!

I have some other stuff done, that I haven’t taken pictures of yet. Still working on the mate to the poxwalker holding his rifle backwareds, and I’m one plaguebearer away from having a unit of ten, and I’ve slipped some cultists into the daemon queue for variety. After all today’s cultists are tomorrow’s poxwalkers and plaguebearers, aren’t they not?

Hope everyone had a nice holiday.

++ Thought for the Day:  Those who Hate most love Nurgle Best. ++

* John, you can’t say we didn’t give you fair Nurgle Warning this time because here is it. Enjoy your morning tea!
** “Ruinous” so far as the lapdogs of a corpse emperor holding impotent sway over a dying empire of ignorance are concerned, and rightfully so, at least according to the skeletal snake, who has proven to be very talkative. The plaguebearers have taken to calling him The New Guy or Frasier, though I’m not sure why so far as the latter nickname goes. They won’t tell me as it seems to be some sort of inside joke. Nurgle daemons love their inside jokes!

30 thoughts on “Three Poxwalkers and a Friend”