So I’ve made some more progress on my plaguebearers.  These are four through six of the ten daemon mob I’m working on. 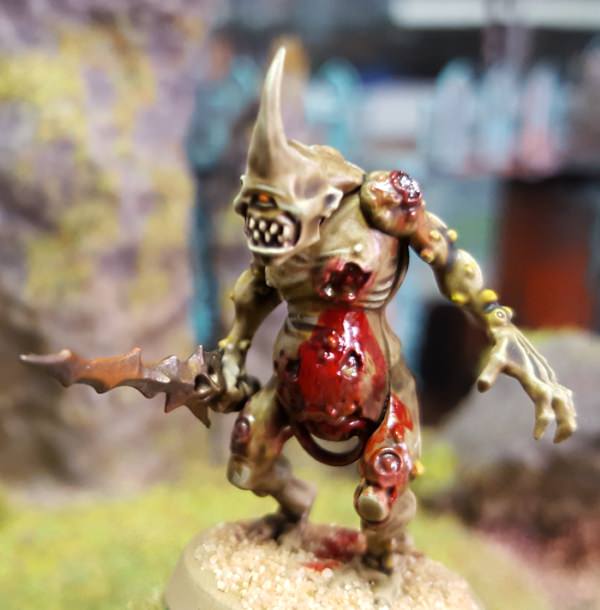 I originally was trying an experiment out with Nuln Oil Gloss with Rhinoceros Guy here, but it went awry so I ended up slathering a bunch of blood on his torso and calling it a day.  Perhaps one too many bolter rounds in the heart? 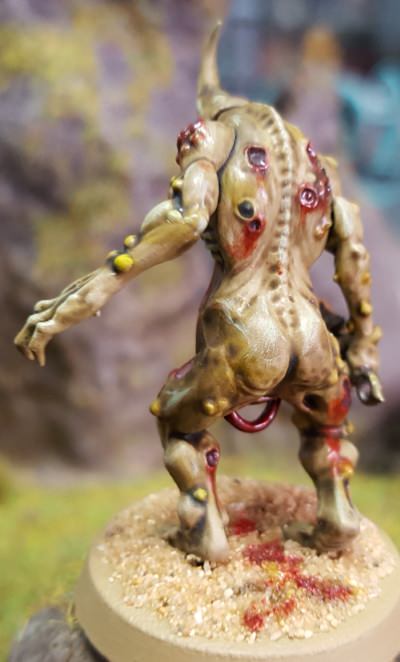 In any case it doesn’t seem to be slowing him down too much. Same bleeding plaguebearer from the back. Scout snipers won’t have too much trouble tracking him! 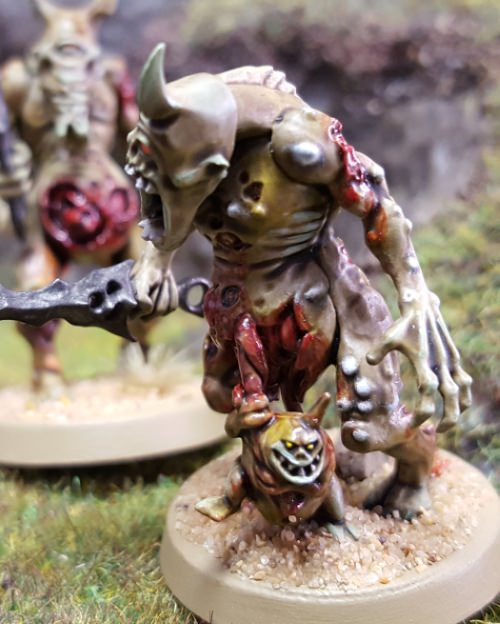 This was my first go at one of the mob, who has a nurgling companion, though I think ‘tormentor’ might be a better word.  The intestine the sprite is pulling on didn’t quite match up to the daemon so I made another overlapping intestine out of green stuff.  Seemed like it worked out ok. 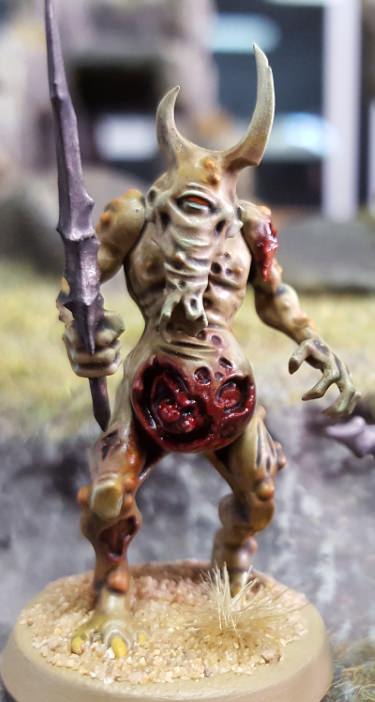 Not too much to say about this guy other than when I thought of the children’s book Horton Hears a Who when I first started painting him.  (Probably the trunk.)  I gave him the Orange Pox, which is just an orange dry brush on the warts and some rust washes.  I favor his yellow toenails though I’m not sure why yet. 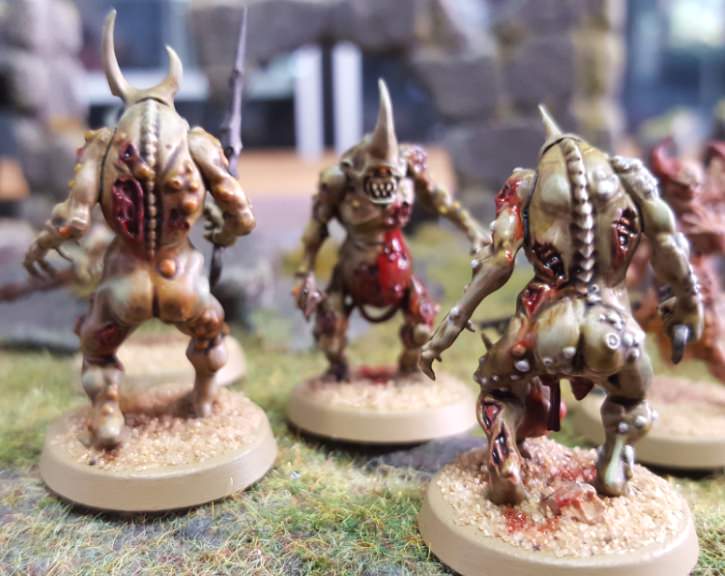 Views from the back of Horton and the guy getting his intestines played with.  Rhino Guy seems like what he is seeing, which is kind of nice.  For next time perhaps a couple more pox walkers and either the plaguebearer with the fly head, or an old metal model I found in a store bits box.

I’m also working one of the worthy pink horrors, who has been soldiering along for quite a long time now with its fellows in an shameless unpainted state.  I imagine it has quite tired of the jibes and taunts from the fully painted brimstone and blue horrors.  It ain’t easy being a daemon.