So I finished up my third plaguebearer the other day.  The first thing that struck me were the three beady eyes.  “How cute!” I exclaimed.  That was when I noticed the face grinning up at me out of her stomach.  That’s when I knew I was talking to no ordinary plaguebearer, assuming there is such a thing. 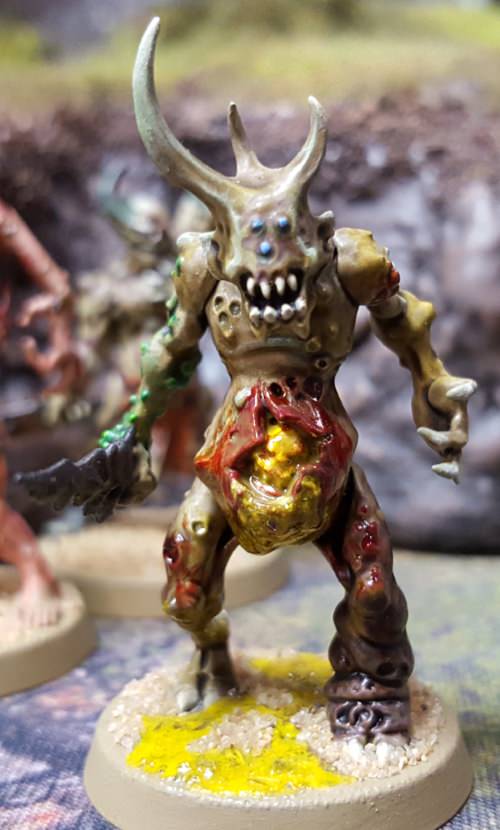 She has a lot going on.  Originally I did the belly face with some dark shades, but changed my mind a few times and decided I wanted it to stand out from a distance.  So I settled on yellow with a healthy dose of slime, especially around the mouth. 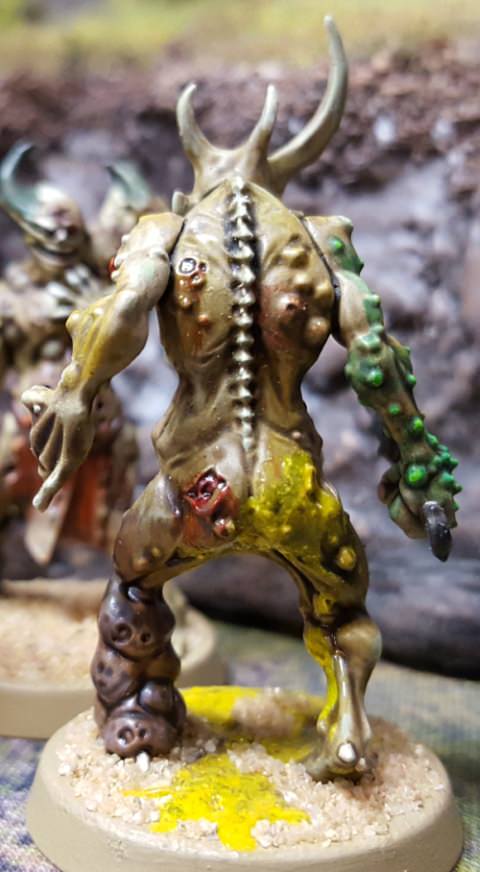 I’m also rather pleased with how the yellow puddle on the base and on her lower torso came out.  I mixed wood glue with a bit of bright yellow paint, Italian seasoning, ground ginger, and some of my husband’s dandruff.  Sealed it with varnish as a preservative and so she wouldn’t make my whole army smell like a plate of spaghetti with ginger. 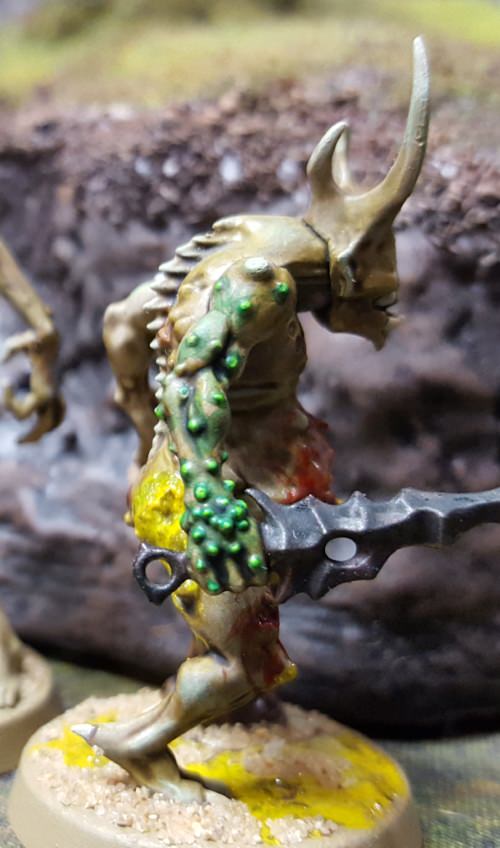 I call this stuff going on with her arm Emerald Pox.  I’m using it on some other plaguebearers and in the spirit of such entities I am keeping a catalog of diseases so I want to mention how I did it here.  Too often I do something, want to do it again later on, and have the reinvent the wheel because I’ve forgotten.

Started out with a wash of Biel-Tan Green, heavier where the concentrations of pustules are greater.  Then I picked out each boil with Moot Green.  Simple, and pretty too.  I’m inclined to make a gift of this disease to my other lovelies and who knows, if I get ambitious maybe some cultists or lucky guardsmen. 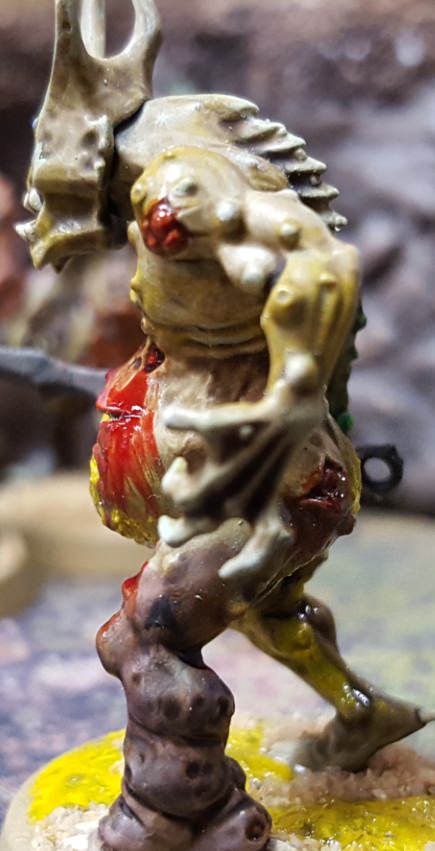 Here, on the left leg we have a nicely developing case of Black Bloat.  I only vaguely remember how I did this one.  I think I started out with Nuln Oil, then a modest amount of Leviathan Purple.  I also used a small amount of Asurmen Blue, and finally carefully applied some Nuln Oil Gloss around the folds.  I used the older washes instead of their new counterparts because they were at hand and I’m trying to use them up.

I think that I might have gone a little overboard.  I tried to resist but I couldn’t and finished off with the final touch being the much desired and arcane Mark of Ann.  I think the Kromlech “Morbid Spawn” languishing miserably in my paint queue might be in trouble because this young lady is apparently bucking for herald!

20 thoughts on “Bucking for Herald”