I decided to add some Nurgle to my painting queue, after spending a fair amount of time completing first the brimstone and then the blue horrors. Once I am done with these, only Slaanesh will remain to complete my goal of having a troop choice for each of the four gods. 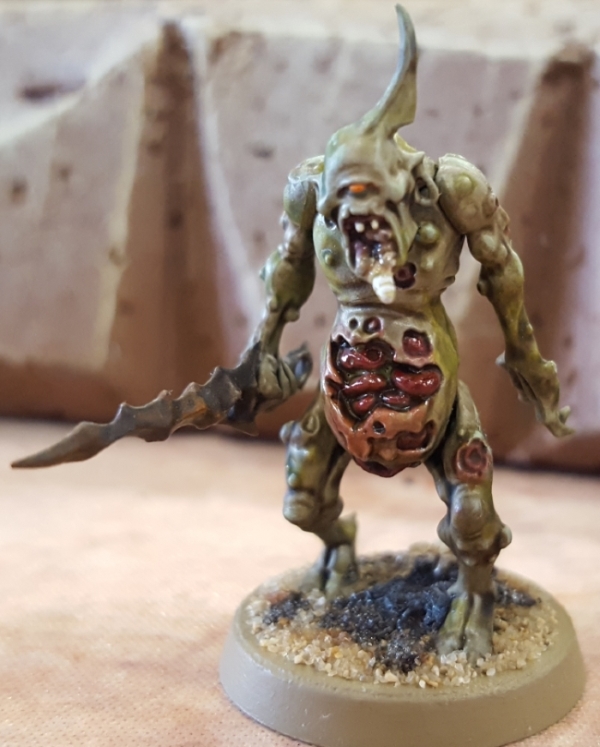 I have never painted anything like this before, though I found it pretty simple for the most part. The black blotch on the base is the result of an experiment, which somehow went wrong. I’m not even sure what I was trying to achieve, but one fortunate thing about plaguebearers is that a mysterious pile of Black Whatever doesn’t really diminish them at all. As the painter Bob Ross used to like to say, “A happy little accident!” At least I tell myself that.

I put together all of the Death Guard guys from the Dark Imperium box set, so I thought I should paint some of them as well.  All grist for the Plague God’s mill after all. 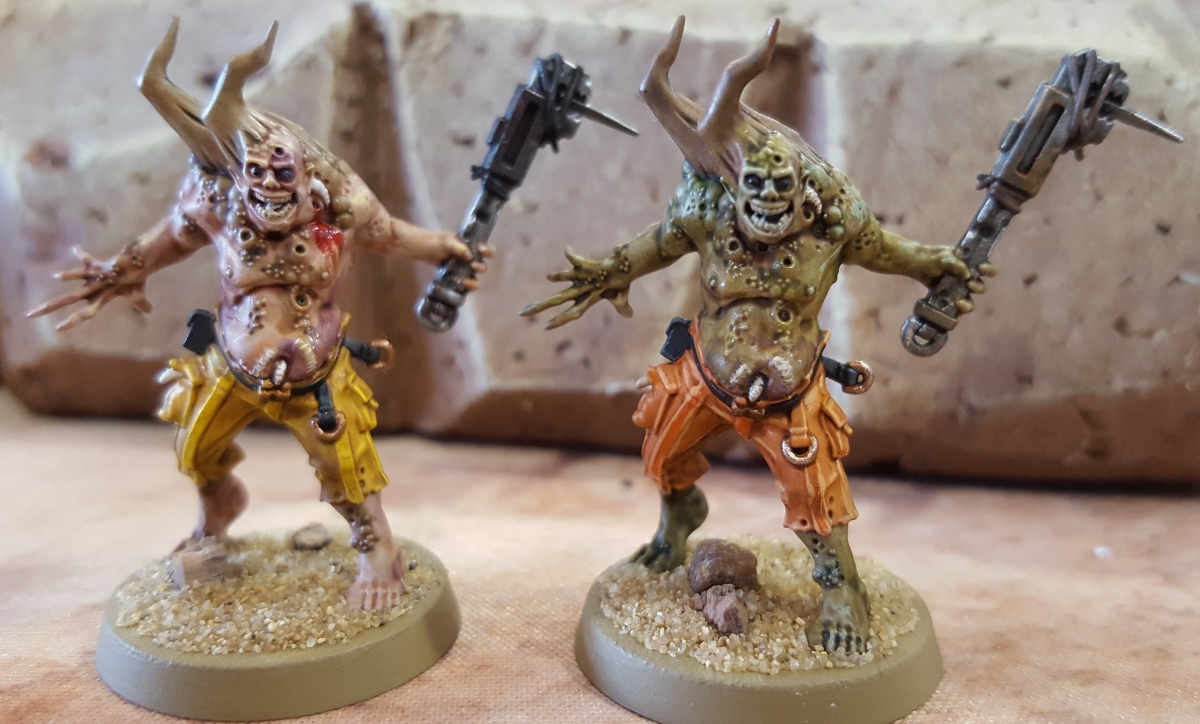 Here we have two poxwalkers, which are essentially zombies. Two identical sets of ten come in the boxed set, so I decided to paint them a bit differently for variety and in the unlikely event I ever want to use them as two squads of ten.

I like the miniatures, though my preference is for a darker theme. Their “rictus death grins” look more like manic evil clown grins. A small point though. Perhaps I’ve been binge watching too much Fear the Walking Dead lately? 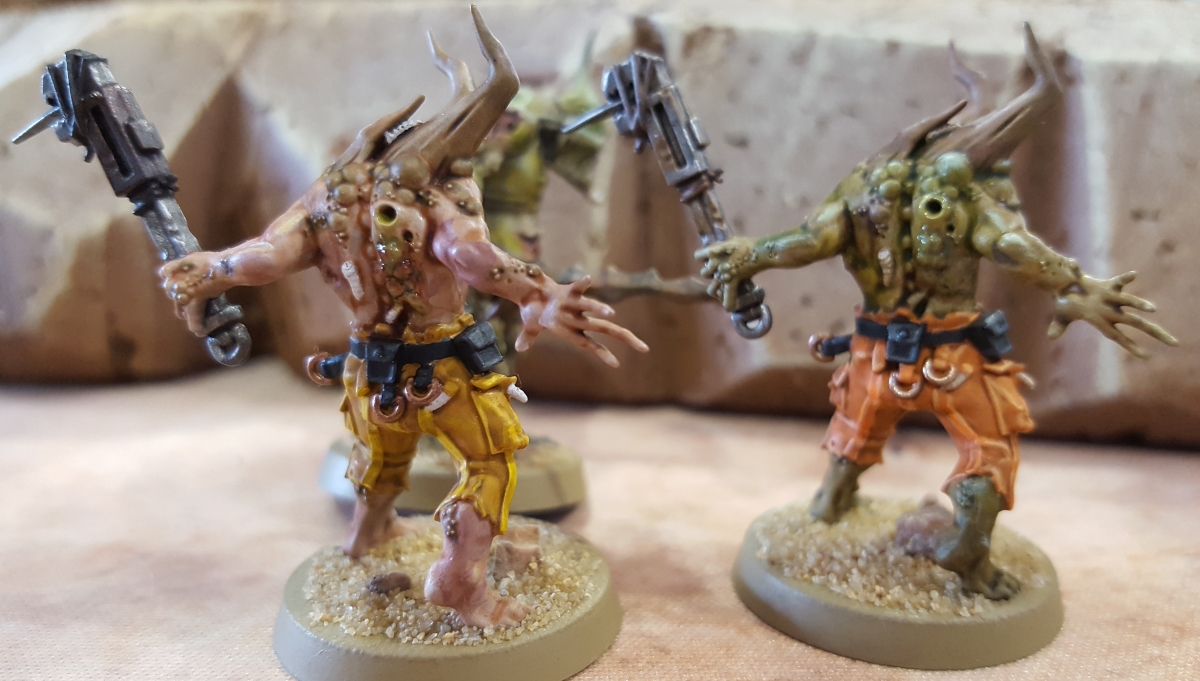 I might put the poxwalker with the yellow pants back in the paint queue to take care of one small detail.  There is a maggot coming out of his mouth, which I painted like all the rest, but it is close enough to the color of the zombie’s teeth where it doesn’t look quite right to me.  So perhaps I’ll adjust the maggot some to fix that.

I’m finishing up another plaguebearer and two more poxwalkers.  I’m also in the middle of an experiment with a pink horror.  Not sure how that is going to turn out.  Perhaps it’ll have the Honour of being the template for a whole unit though just as likely it could suffer the ignominy of the Simple Green tub.  The gods are fickle!

16 thoughts on “Two Poxwalkers and a Plaguebearer”