I played in a tournament last weekend where a bunch of space marine chapters were engaged in a friendly competition for the “Emperor’s Cup”. All of the players had to take the same space marine list. The game was three rounds and each battle took place in a different environment — vacuum, underwater, and with high winds.

I had a lot of fun, but the thing that impressed me most was the centerpiece terrain on our table for the first game. It was made out of (among other things) a Necron tesseract vault, and it had a switch where you could make it light up. Very cool! 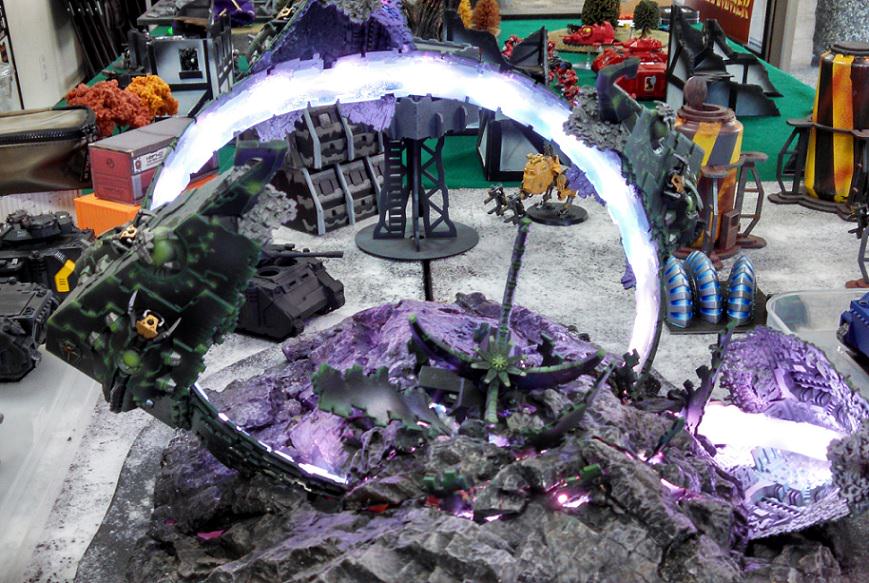